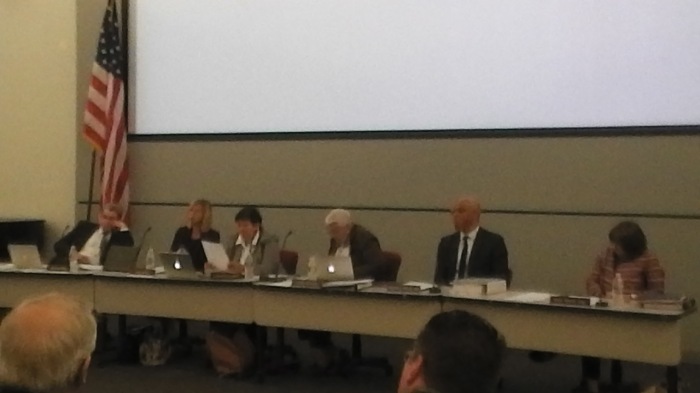 How fitting that the SRC ended on the Summer Solstice, which many cultures celebrate with festivals and rituals. Philadelphians now celebrate the sunset of the SRC.  This state-imposed governance operated outside the democratic system with little interference from elected officials or objections from the media.  But we as Philadelphians must insure that the incoming appointed school board remains transparent and accountable to the public. Full democratic voice will not be restored until disenfranchisement ends and Philadelphians vote for its school board–just as all other 499 school districts in Pennsylvania do.

A special meeting of the SRC was held at 1:00 p.m. to consider and vote on charter school issues and the regular Action Meeting was held at the normal time of 4:30 p.m.  All four SRC Commissioners were present for both meetings.  Seven members of APPS were present; four members testified on behalf of public education at the 1:00 p.m. meeting.  Nine members of APPS were present and five APPS members spoke in defense of public education at the 4:30 p.m. meeting.  (The SRC will reconvene next Thursday, June 28th,  only to approve the minutes for the official record.)

There was a large and vocal group of parents from Mayfair Elementary demanding safe conditions for their kindergarten and first grade students, along with another vocal and persistent contingent from Strawberry Mansion High School (SMHS) fighting for their school’s survival. (Details about both struggles follow.)