Skip to content
HomeTranscript of the testimony of Lisa Haver before the SRC June 21, 2018 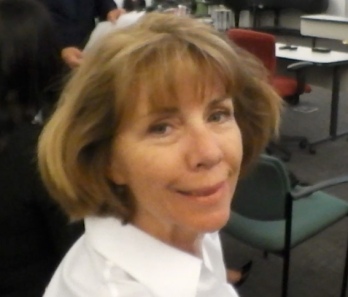 Click on the picture of Lisa Haver and go to timestamp 27:15 to view her testimony.

Seventeen years ago, after a vote taken in the middle of the night in Harrisburg, the Commonwealth of Pennsylvania took control of the School District of Philadelphia.  The School Reform Commission supplanted the School Board as the governing body of the city’s public schools. Few of us could have imagined the devastation wrought by this body: over thirty neighborhood schools shuttered, public schools handed over to private managers, charter expansion and charter fraud, outsourcing union jobs, and a succession of superintendent/CEOs whose policies and practices opened up a marketplace for corporate education reformers and outside vendors—all at the expense of the schoolchildren of our city.

I was present at the first SRC meeting. I am now here at the last one. And over these 17 years, the fraud, corruption, outsourcing, union-busting, destruction of public schools and school buildings have taken place in full view of city and state elected officials, most of who went along with the growing pay-to-play system.

The imposition of the SRC on the city continued the practice of disenfranchising the people of Philadelphia, the only Pennsylvanians who can’t vote for the people who make decisions about their public schools. The SRC has been an anathema to the democratic process.  The SRC was unelected and unaccountable. State and local elected officials, with a few exceptions, did not challenge them on their spending priorities, on allowing charters that failed to meet standards to continue to operate, or outsourcing services.

A new school board will meet next month.  We the people cannot allow that school board to operate in the same way as the SRC, or the fight to bring back local control will have been for nothing. We know almost nothing about that board, as the Mayor conducted the selection process behind closed doors. Not only are we not allowed to elect these representatives, we weren’t even allowed to meet them until after the Mayor chose them.

We must hold the new School Board accountable.  No more meetings with special interests behind closed doors. No more mega-contracts with unaccredited unqualified companies like Relay Graduate and TNTP and Jounce Partners and ISA who are business people, not educators, but are sent into schools to tell teachers with more experience then them how to teach.  Not more spending millions every on outside legal firms.

We must repudiate the practices and policies of the SRC. We the people must hold the new school board truly accountable.