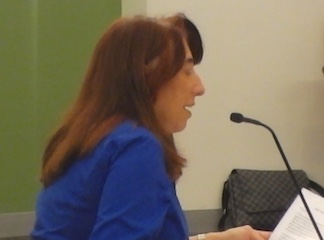 I’m here to speak against the approval of any of the charter applications being considered tonight for two reasons: First that the District can’t afford them and that the money should be put to better effort to improve existing neighborhood schools that have suffered the effects of drastic cuts of staff and resources. Second, that all of the applications are flawed proposals with strong indications that they would not be successful schools.

I personally attended the hearings for Deep Roots Charter and KIPP Parkside Charter. I was impressed with the breadth and depth of the questions asked by DawnLynn Kacer and Meagan Reamer of the District’s Charter Office as well as by Hearing Officer Allison Peterson.

Deep Roots Charter’s application brings to mind that the hot business start-up of the moment is still opening charter schools able to rely on taxpayer contributions to public schools as part of the seed money. The applicants seem to be eager to try their hand at this up-and-coming business venture, but without the skill, vision or experience to open a school of any kind. For example, their application was based on another school’s application; only one person has a principal’s certificate from New Jersey awaiting PA certification; they couldn’t answer simple questions as to how core knowledge fits in to their program, and misidentified aspects of the reading curriculum as assessments. Though their stated goal is the ever-popular “providing for students to be college ready”, they could not give any evidence how this K-8 would accomplish this other than hoping their students would be able to attend District special admit schools. They were so intent on throwing into their application the appropriate buzz words that they didn’t seem to realize that No Excuses and Restorative Practices approaches to school climate are diametrically opposed to each other and you can’t just pick as they said, the “best of both”.

KIPP is more slick in their presentation of their business model and seem more interested in becoming a school conglomerate. They had difficulties with questions specific to each school including housing two schools in one facility until expected future grade expansions, budget and staffing questions. KIPP appears to be working towards a model where children will apply to KIPP itself, with KIPP, not the parent, maintaining the final decision on which KIPP school the student will actually attend, while establishing feeder patterns between their elementary, middle and high schools.

KIPP presenters were taken aback by the hearing officer’s question as to why they were seeking to expand rather than improve their existing school programs, at least one of which is already in intervention status. They responded that they “get better as they add more schools” and that they’re “able to increase their support staff which helps”.

As an educator of 41 years, I wonder when students’ current needs and experiences will outweigh these overarching plans for the growth of these new business models.