This commentary was published by the Philadelphia Daily News on February 8, 2017
Commentary: Shame on those who tainted teacher who was only trying to do good

Although understandable fears have arisen recently that the constitutional rights we have taken for granted are under attack, Americans, for the most part, still have confidence that those rights remain intact. All citizens have the right to be considered innocent until proven guilty, to have an attorney present during any trial or hearing, to a fair and speedy trial before an impartial judge and to present evidence and witnesses. Both the Fifth and 14th Amendments state that no citizen can be “deprived of life, liberty or property without due process of law” and that all levels of government must adhere to these laws.

Many who read the article last month about the plight of Philadelphia teacher Marianne Kennedy were shocked to learn that those rights apparently do not apply to all Philadelphians.

After coming to the aid of a troubled student with a history of behavior problems last June, Kennedy was summoned by a social worker at the city’s Department of Human Services to come in and “have a conversation” about an incident at the school when the child lay on the floor, screaming and blocking access to a classroom. The DHS worker assured Kennedy she did not need to have an attorney present, and a colleague who accompanied her was barred from the interview. Kennedy explained that the child’s parents, who had just lost custody of him, had a history of drug abuse and that the school’s staff and administration had worked with his guardian to provide emotional and academic supports for him.

Kennedy was shocked to find a few weeks later that her employer had been notified by DHS that she had been identified as a child abuser and that the district was already taking steps to have her terminated – even though she was not, and still has not, been provided with any notice of allegations that specifically states what she could have done that could be construed as abuse.

Several witnesses, including the principal, submitted statements sent to DHS and the district that Kennedy followed proper procedure and never did anything to harm the child. Only the organized and vocal support by her colleagues and community members prevented Kennedy, a teacher with over 20 years of exemplary service to the students of the district, from being fired. There is no law that says that a preliminary determination by one DHS worker must result in the firing of any school district employee.

DHS scheduled a hearing six months after that initial interview, presided over by an administrative law judge hired by that agency. Kennedy has spent those six months in “teacher jail,” even though she had no formal hearing before the School Reform Commission – a clear violation of her tenure rights. Thus, Kennedy was guilty until proven innocent. Her reputation was damaged and her livelihood threatened without due process. She has had to raise thousands of dollars for attorney’s fees.

Kennedy is one of a number of Philadelphians who work with children in schools and day-care centers who now find themselves branded as criminals before they ever see the inside of a courtroom. Not only have they been denied their constitutional rights, many have lost their livelihoods and their reputations – not because they have been convicted or even arrested, but because one bureaucrat at the city’s Department of Human Services makes a determination based, very often, on hearsay.

Mayor Jim Kenney and other elected officials have shown courage and leadership in fighting to defend the constitutional rights of immigrants and other targeted groups. Those same officials must take immediate steps to prevent denial of due process and equal protection under the law by any city agency under their own authority.

Philadelphia school teacher Marianne Kennedy was threatened with termination of employment after she was accused of abusing a student. Even though her Principal and other teachers said there was no truth to the allegations, the Philadelphia School Reform Commission was prepared to vote on termination of her employment after nineteen years as a teacher without any due process.

The school faculty and members of the community came to her defense and showed what solidarity looks like. Testimony is in the order of appearance at the School Reform Commission meeting on November 15, 2016. Each testimony should be read not only for understanding of Ms. Kennedy’s case, but for insight to how the SRC will be operating with its new Chair Joyce Wilkerson.

Click each picture to see the video of that person’s  testimony.

Philadelphia public school teacher Marianne Kennedy testifying in her own defense at the SRC meeting.

Click here to read the transcript of Marianne’s testimony.

Click here to read the transcript of Chrissy’s testimony. 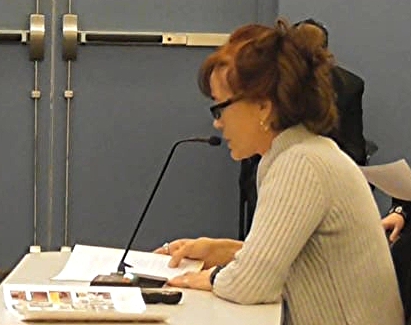 Click here to read the transcript of Robin’s testimony. 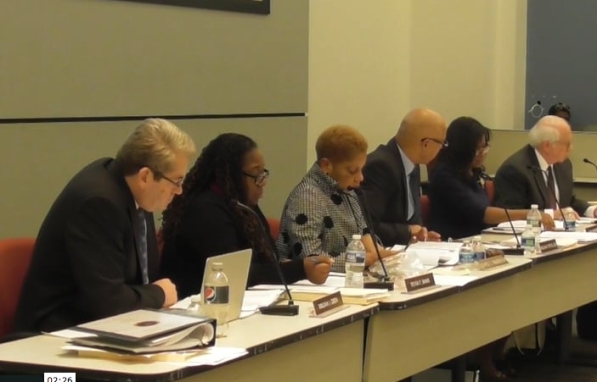 The discussion and vote on the resolution on Ms. Kennedy’s termination of employment.