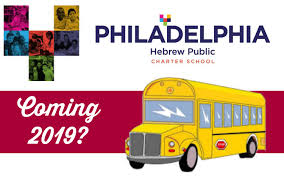 Philadelphia Hebrew Charter School submitted an application to open a new school in East Falls at 3300 Henry Avenue, 19129.  Proposed enrollment is 156 students in Kindergarten and first grade in the first year, to expand to 702 students through grade 8 by 2026-27. Board Members include:

I attended the December 18 initial charter school hearings, the January 24 Philadelphia Hebrew CS (PHCS) hearing, and I have read the PHCS application. This charter school should not be approved for numerous reasons, as noted below. The SRC ceases to exist as of June 30 2018.  Approving any of these seven applications will burden the School District of Philadelphia for decades. There is a deficit looming next year; the SRC should not add to it by approving any new charter schools. Your legacy will be one of saddling the District with a higher deficit. Do the right thing and deny all of them.

Philadelphia Hebrew Charter School (PHCS) presents unique problems and concerns. Why is there a need for Hebrew language instruction and promoting the study of Israel? If parents want this type of education, there are local private schools that provide it. The following quote lays out the hope for Hebrew Charter Schools becoming ambassadors for Israel. Is this a goal the SDP wants to actively promote? “…they’ve also positioned themselves as more than just schools. Many, though not all, Hebrew charters see themselves as fonts of Israel education that will cultivate students — both Jews and non-Jews — to serve as goodwill ambassadors for Israel in the years ahead. “

This New York City-based charter management company does not appear to be familiar with Pennsylvania’s standards or requirements. During their hearing, they offered a litany of apologies for not following PA state guidelines. They operate three schools in New York City.  There is no need for this company to operate schools in Philadelphia.

Outstanding concerns include the hiring of Israeli teachers who do not have PA certification. When asked about this situation, the response from HCS officials was “we will send them to Relay”. Relay is not certified in the state of Pennsylvania. HCS claims to be part of the Diverse-by-Design Charter Coalition. Why are they not planning to hire local teachers who reflect the students they hope to attract?

The charter has not demonstrated a need for a Hebrew charter school in Philadelphia. Other than in small religious communities, Hebrew is spoken only in Israel.

Is PHCS a secular school?

The Hebrew Charter School (HCS) was started in 2009 by the Michael Steinhardt Foundation “to help advance the Hebrew language charter school movement.” The Steinhardt Foundation for Jewish Life was founded in 1994 by Michael H. Steinhardt to strengthen and transform American Jewish life so that it may flourish in a fully integrated, free society. This application is reminiscent of the Liguori application to open a charter school in 2014 based on an 18th century Catholic bishop from Italy (the application was denied; they subsequently opened as a private school) as well as the Gulen Charters founded by members of a movement inspired by the Islamic cleric Fethullah Gulen. The Philadelphia Truebright (Gulen) Charter closed in 2015. Parents  there complained that their children had a difficult time understanding their Turkish teachers. Hebrew is routinely taught in private Jewish schools. How closely will this be monitored to ensure that this is indeed a secular school? There have been legal problems in other states dealing with this issue of separation of church and state.

Will their teachers be certified in Pennsylvania?

Jessica Lieberman (HCS director Israel Studies and Partnerships) stated at the hearing that teachers are recruited from Israel and they “work with them to ensure they understand the school is secular”. She went on to state that they do not celebrate Jewish holidays. They do, however, observe Israeli Independence Day, a day normally observed in the Jewish Community. She was asked if these teachers are certified; Ms. Lieberman said no, but they are referred to Relay to become certified.  Commissioner McGinley, at a recent SRC Action Meeting, gave as his reason for voting not to approve a contract with Relay the fact that they do not have a quality program.  The paragraph below, taken from the PHCS application, appears to directly contradict what was said in the second hearing about recruiting teachers from Israel:

This is another example of HCS issuing contradictory statements.

During their entire presentation the charter representatives said repeatedly that they are part of a new Charter School formation – the Diverse-by-Design movement. There is little to no evidence of this diversity in their management company nor their teaching staff in NYC.

Their projection of  30% white students (pg 53) seems high given the zip codes they plan on drawing from. Student populations in those zip codes do not reflect such high numbers of white students. Their proposed location provides easy access from Lower Merion. Are they anticipating out of district student enrollment? (pg 54) They mention using a lottery system if applications exceed capacity. How does a lottery create diversity?

(pg 78)According to their application they want to ”recruit, hire, and support a faculty and staff that reflect the diverse cultural backgrounds of the students we serve”. How will this occur as they recruit teachers from Israel?

This CMO was created specifically to teach modern Hebrew as well as the culture and history of Israel. Israel has an ongoing history of denying Palestinians both their civil and human rights. How is this part of their Diverse-By-Design Plan? Israel was created as a Jewish state. When their schools celebrate Israeli Independence Day this is what they are not only acknowledging but celebrating. Is this appropriate for our government to fund?

These initial students will form the core of their school. They say if they are over-enrolled then they will use a weighted lottery. How does a lottery create diversity? They are trying to do contradictory things simply to build their enrollment

In its initial year of operation, PHCS does not plan to use any enrollment preferences, but will instead focus on extensive outreach and community engagement to create a student enrollment that serves a significant number of students who are at-risk of academic failure.

(pg 74) They are casting a very wide net being located at 3300 Henry Avenue and describing themselves as a city-wide charter that reaches out to Mayfair, Rhawnhurst, and Lawndale neighborhoods.  How long do they want children to spend being transported back and forth from their location in East Falls? Or doesn’t this matter as long as they get the numbers?

Despite stating that they plan to contract out health services in their application, PHCS had to admit during the hearing that for the first two years they have budgeted for only a part-time nurse because the school would not be fully enrolled. The Hearing Officer told them that this is unacceptable. The state mandates full time nursing services.

(pg 29) To address health concerns, PHCS will contract with an organization that provides all the required health services including nursing services, state mandated screenings, and consultation, as needed. PHP will provide medical exams/screenings in accordance with mandated state services under PA Code Title 28, Section 23 et seq. In accordance with state regulations, in the mandated grades, the school will maintain records and conduct exams as required for medical, dental, vision, and hearing.

The PHCS application stated that health care benefits would be similar to “those provided by the School District of Philadelphia (pg 48).  The Hearing Officer pointed out major problems with their proposed health care plans (not similar to PSD) as well as issues with their proposed pension plan. They will not participate in PSERS. At the Hearing their CEO routinely apologized for these mistakes. How can PHCS be trusted to follow the law when their application is so flawed?