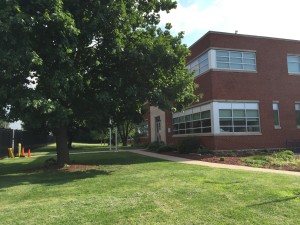 The SRC held hearings to consider both Aspira applications on January 29, 2018 which was presided over by Hearing Examiner Alison Petersen. Charter Schools Office Director DawnLynne Kacer testified on behalf of the School District; her office reviewed all new applications. Several Aspira representatives answered questions about the application.

The Pantoja application states that the school’s “primary mission is to educate youth who, upon graduation, identify at minimum as bilingual, biliterate and bicultural, socially conscious individuals dedicated to service. The mission and vision of Pantoja Prep are singular in their focus on dual language instruction and an instructional focus on the history of Puerto Rico, Caribbean islands, and Latin America.  However, Kacer said that the applicant did not fully explain how that curriculum would serve students from various backgrounds.

Aspira referred to “the successful turnaround of two of the School District of Philadelphia’s chronically underperforming and persistently dangerous schools via the Renaissance Schools Initiative”.  They didn’t mention that the SRC had just voted not to renew Aspira’s  charters on those two schools, Olney High and Stetson Middle.  In fact, an Aspira representative made a formal objection to Ms Kacer’s mention of that fact.

The Pantoja application states that their teaching methods “…are those based upon the principles of Paulo Freire and John Dewey’s ‘Theory of Action Outside the Classroom’.  This is realized through the use of hands-on, student-centered learning, with emphasis on development of critical thinking skills, and high academic standards.” However, the application also claims that “…assessment and data-driven instruction is at the center of our…instruction framework.” (We were reminded of the hearing for Deep Roots charter last year in which they said they would be a “no-excuses” school that would practice restorative justice.)

The application names three programs the school would purchase for its Reading curriculum: Study Island, American Reading Company, and School Pace, which enters daily data on student progress. Math lessons would be highly structured with exact times given for different areas, aligned to the Common Core and to the Danielson framework, with a supplemental GO MATH! program.

Some of the academic programs Pantoja would purchase:

Co-teaching will be used to serve most students with special needs at Pantoja. The school would hire a full-time Special Educator Coordinator, nine Special Ed teachers, a school psychologist, and a part-time speech pathologist. One alarming proposal: The rigid, completely scripted Corrective Reading program would be used “to enhance beginning reading skills for students with literacy-based academic deficits.” Anyone familiar with the Corrective Reading/Corrective Math program knows that it is not appropriate for students with special needs (many would say it is not useful for any student).

No mention was made of the numerous sexual harassment complaints brought by former staff against Philadelphia Aspira Inc. CEO Alfredo Calderon. One suit was settled by Aspira Inc. for $350,000.

Much of the questioning concerned the financial transactions among Aspira schools.  Three of Aspira’s schools are housed at the building it owns on North 2nd Street, the former Cardinal Dougherty building. The company that owns that building and the property on North 5th Street, ACE/Dougherty, is a subsidiary of Aspira Inc. The individual schools lease the property from the real estate company, which is owned by the charter corporations.  This is not an unusual arrangement in the charter world. It was revealed during the hearing that Aspira’s Facilities Manager, Andres Perez, sits on the board of ACE/Dougherty.

The application states: “The current board of trustees of ASPIRA schools is the primary members of the founding coalition.  The current board members have facilitated strong progress for the current ASPIRA schools and are well poised to be able to replicate and support that growth in the Pantoja Preparatory charter school.” As noted, that is not a true statement. Aspira’s financial improprieties have been well documented; in fact, Aspira Inc. attorney Kenneth Trujillo admitted in his July 2016 SRC testimony that the organization had engaged in “cross-collateralization”, which is another way of saying misuse of taxpayer funds. Money sent by the district to Olney and Stetson was used to support operations at other Aspira entities.

The executive team membership will comprise the founding board structure; that includes the board chair, treasurer, and secretary.

Alberto Vargas, current principal at Eugenio Maria De Pantoja Charter School, will be the proposed principal of the Pantoja Preparatory Charter School. His resume and brief biography and mission statement are attached to this document. This again raises the question of whether this is a new charter application or a back-door enrollment expansion.