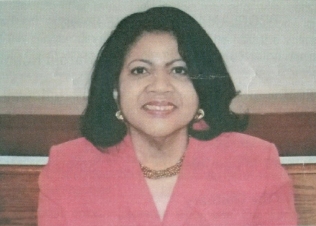 It is with great sadness that APPS notes the passing of Philadelphia public school teacher Cheryl Roebuck. Several of us had the honor to work with her over the years as she taught music to several generations of students.

Cheryl attended Philadelphia public schools and graduated from Olney High School. She went on to earn a bachelor’s degree in music from Temple University and a master’s degree in education from the University of Phoenix. She worked in the School District of Philadelphia as a music teacher for more than 33 years, teaching at Meredith School for more than 20 years. She was the wife of state Rep. James Roebuck , Jr.

I taught at Meredith and served as Technology Leader for nine years, from 2002 to 2011.  It was an inspiration for me to watch Cheryl work with students, encouraging them to develop talents they didn’t know they had.  Over those years, she directed Winter Celebrations full of sophisticated music with soloists, several school choirs by grade group,  and dance.

Each spring she was musical director for the Meredith School’s Spring Shows. For one month dozens of students were engaged in developing their stage skills under her direction. Meredith staff and parents made elaborate costumes. The art teacher and others made great sets to give the students the experience of performing in a top quality show. I had the privilege of working with Cheryl to video many of the shows for students and their families. They included The Wiz (twice), Honk!, Annie (twice), Beauty and the Beast, Aladdin, The Fabric of America, Just So, The Music Man, The Wizard of Oz, Mulan, and Bye Bye Birdy. The shows were of professional theater quality. Each show’s several performances were sold out as Meredith students and families, and people from around the city, attended what they knew would be an outstanding production.

Of special note was the way she put students with learning or behavior problems on the stage. Many, even those who had to deal with too many frustrations in their lives, were able to experience the excitement of seeing an audience applauding their talents. I witnessed first-hand the importance that the arts can play in education in developing students confidence and self-esteem.

A number of the students inspired by Ms. Roebuck have gone on to careers in the arts. Some of them traveled great distances to pay their respects at her memorial service.