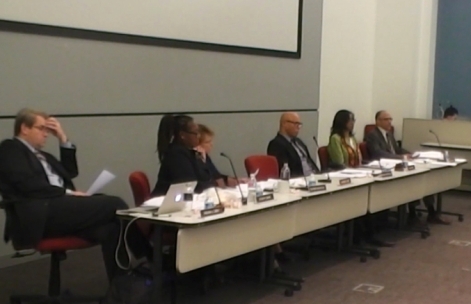 Welcome to the 9th edition of Eyes on the SRC

Please note that the April 28th Action meeting starts at 4 PM instead of the usual 5:30 due to the large number of speakers the SRC expects to register.

We need our Eyes on the SRC more than ever as it continues to change speaker policies and to add resolutions at the last minute.

The April 28th Action meeting includes the issue of the possible renewal of eleven charters, including two run by Aspira. You may remember Daniel Denvir’s 2013 City Paper article in which he reported that Aspira Inc. of Pennsylvania owed large sums of money to four of its Philadelphia charter schools, according to an independent audit of the organization’s finances as of June 30, 2012.

The Charter Office, under the supervision of the SRC, has recommended Universal Audienried and Universal Vare as well as Aspira’s Olney and Stetson schools for non-renewal. We expect a large contingent of both Aspira and Universal supporters to attend the meeting.

You might also wonder at the scheduling of votes for a record number of charter renewals at the same meeting the SRC will vote on the Resolutions placing three more schools into the Renaissance Charter program, especially as controversy continues to swirl around these decisions.

Click here to read selected SRC resolutions and APPS comments about each.